Piracy and Armed Robbery in Asia – still a significant risk 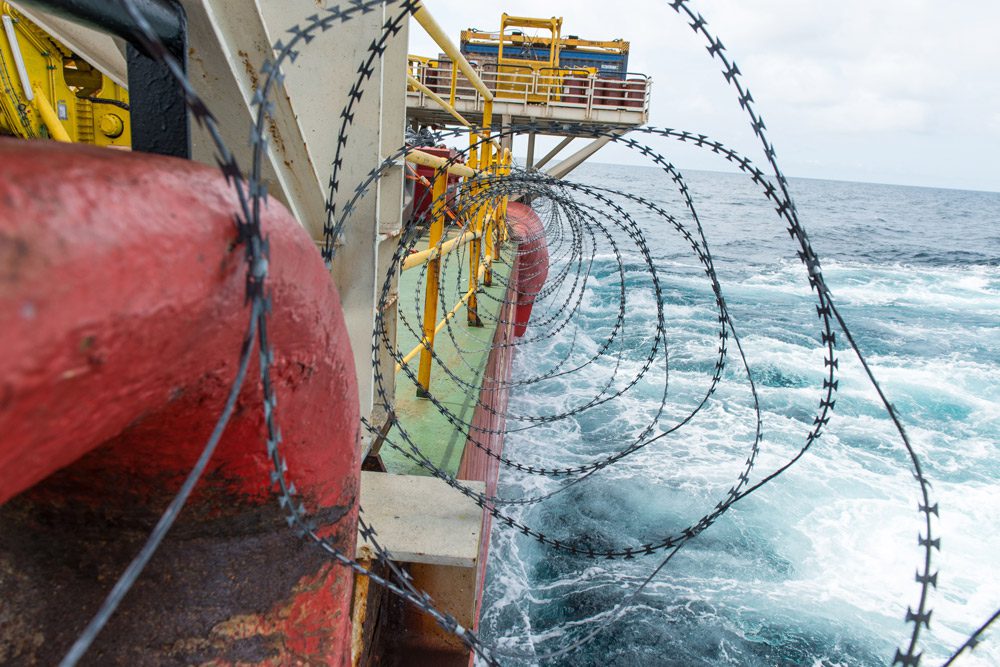 The International Maritime Bureau (IMB) Piracy Reporting Centre (PRC), based in Kuala Lumpur, has just issued its annual 2018 report Piracy and Armed Robbery at Sea. The report confirms that piracy and armed robbery continue at relatively high levels in Asian waters. Favourite targets include slow moving and low freeboard product tankers, tugs and barges. Such vessels make up a significant part of the MM entered fleet. This Risk Bulletin is therefore intended to remind MM members and their crews that there must be no room for complacency in maintaining recommended piracy countermeasures when transiting or anchoring in High Risk Areas (HRAs).

Opened in 1992, the IMB’s PRC is a division of the International Chamber of Commerce (ICC) based in London. Its remit is to provide not for profit anti-piracy services to the global ship owning community. These include the provision of:

Another important anti-piracy organisation is the Regional Agreement on Combatting Piracy and Armed Robbery (ReCAAP) based in Singapore. The ReCAAP Agreement was launched in 2006 with 14 Asian state contracting parties on board. Nation states including Norway, the UK and the US have since been added. Partner organisations include the IMO, Intertanko and Interpol.

ReCAAP’s remit is to collate piracy and robbery data, provide information sharing between government authorities and give advice on countermeasures. As a part of this process, ReCAAP operates a piracy and robbery Information Sharing Centre (ISC) and Information Fusion Centre (IFC) together with a Voluntary Community Reporting (VCR) system. ReCAAP encourages all vessel masters transiting the designated HRAs in SE Asia to join the VCR tracking system to assist the rapid deployment of military forces in the event their vessel comes under attack.

The IMB’s 2018 report advises that the total number of both actual and attempted piracy and robbery incidents worldwide in 2014 was 245. This figure later dropped to 180 incidents in 2017 but then rose worldwide to 201 incidents during 2018. For the SE Asia, East Asia and the Indian Subcontinent areas (Asian Region) only, the total incident numbers for 2014 were 182 incidents and during 2018 this figure dropped to 85 incidents. This reported reduction in risk seems to have been due to a significant decrease in reported robbery incidents in Indonesian waters. As such, the IMB caution that they believe many such incidents are not being reported to state authorities or their organisation. The result being that IMB’s published piracy and robbery incident figures for the Asian Region may not in fact reflect the full magnitude of the problem.

The parameters of the HRA in Asia are detailed on Admiralty Charts Q6112 and Q6113. The latest editions also provide full details of established maritime security corridors and transit notification requirements. All MM entered vessels which trade in the Asian Region should carry the latest editions of these charts on board.

Short summaries of notes provided in the IMB 2018 report on High Risk Area locations and the prevalent risks are as follows:

Bangladesh: Robbers continue to target ships at anchor with most reported incidents occurring at Chittagong.

Indonesia: Ships at anchoroff Tanjong Priok (Jakarta), Batam and Bintan Islands and Muara Berau are targets for boarding by armed robbers at night.

Malacca and Singapore Straits: Increased naval patrols have been effective with no piracy attacks reported in 2016, 2017 and 2018. Despite this success, the IMB recommend that ships continue to maintain strict anti-piracy/robbery watches when transiting this area.

East Malaysia and Philippines: Attacks are currently occurring in the Sulu archipelago at the juncture of the Sulu and Celebes Seas. This area is a stronghold for Abu Sayyaf separatist militants based in the Philippines. Crew members have been kidnapped and personal effects stolen with the most recent attacks occurring on 10 Sept and 5 Dec 2018. Details of the latest attacks and IMB warnings to keep clear of this area can be seen in a ReCAAP Incident Alert of 10 Dec 2018.

South China Sea: Small product tankers navigating in this area have been the target of attacks in recent years with the last known attack and theft of high value cargo oil products occurring in 2017.

Careful planning is required to create and then properly implement piracy countermeasures into a shipowner’s fleet and its associated ISM and ISPS Code systems. This process will require both time and effort from the owner’s ship managers and crews. The payoff lies in safer ships, safer crews and cargo delivered intact and on time. Fortunately, there is a great deal of free guidance available to shipowners on the internet in the form of dedicated publications from high profile shipping organisations. The key titles and links are as below:

ReCAAP Guides to Countering Piracy and Robbery in Asia

The IMB’s 20018 report makes it clear that piracy and armed robbery risks, inclusive of kidnapping and cargo theft, are still very much live issues. The High Risk Areas subject to piracy and robbery threats include the Mediterranean, the Horn of Africa, the Gulf of Guinea and, as highlighted in this Risk Bulletin, the Asian Region. MM’s timely reminder to its members is therefore that there can be no room for complacency in ensuring 24/7 shipboard security. Further, that this process should be in full compliance with the obligatory provisions of the ISM and ISPS Codes and the recommendations of the Counter Piracy Guidance publications of the IMO and recognised maritime industry organisations.

MM invites its members to download and review the Counter Piracy Guidance publications to which links have been provided in this Risk Bulletin. Copies of the relevant publications and the latest editions of the Admiralty Security Charts Q 6112 and Q 6113 should also be obtained and distributed to all MM entered vessels which trade in Asian waters. Finally, MM members are encouraged to conduct internal ISM audits which include checking on whether their current ISM and ISPS Code systems, procedures and implementation incorporate the recommended practices and standards provided in the Counter Piracy Guidance publications.