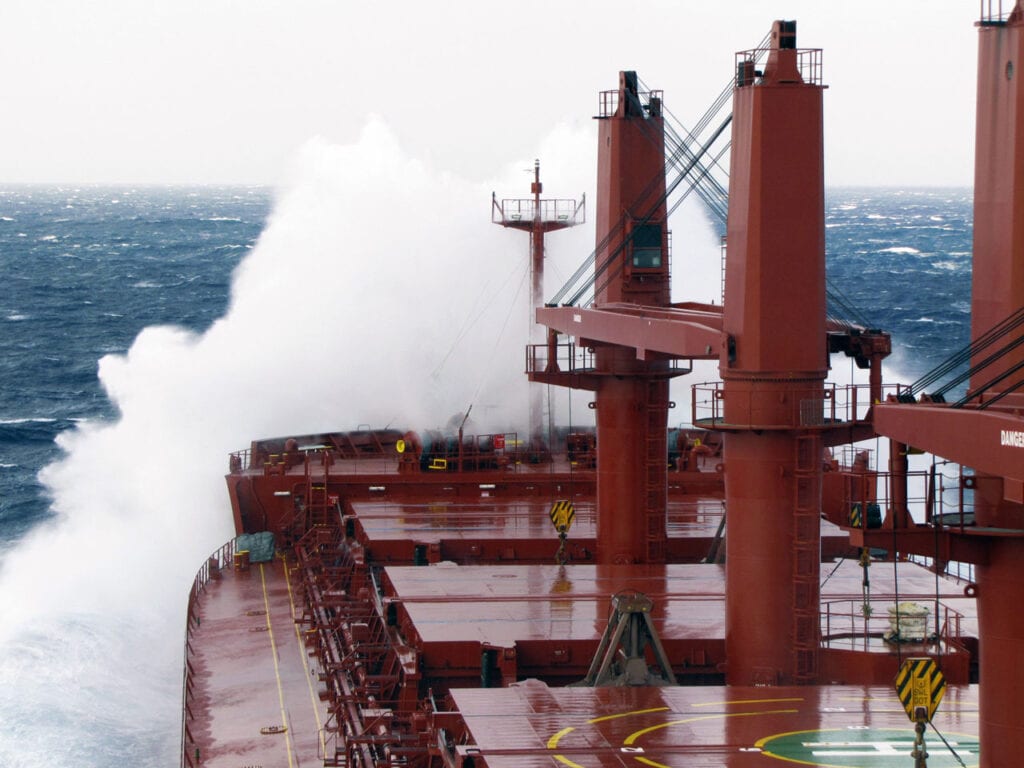 The carriage on board of an updated copy of the IMSBC Code 2020 Edition is mandatory for all vessels regulated by the SOLAS Convention that carry solid bulk cargoes other than grain. Reference to this recently updated publication and the implementation of its mandatory (under SOLAS Chap VI) and recommendatory requirements by ships’ crews, ship managers and cargo shippers is essential to ensuring the safety of crew, ship and cargo. This Risk Bulletin will discuss the latest amendments to the IMSBC Code with a view to raising Member awareness, ensuring regulatory compliance and optimising risk ship and crew safety.

The IMSBC Code (original named the BC Code) was first issued in 2011. The Code’s purpose is to facilitate the SOLAS obligation for the safe stowage and shipment of solid bulk cargoes. It provides detailed information on the dangers associated with their shipment, cargo testing equipment and methodologies and instructions on the procedures to be adopted when shipping these cargoes.

The largest part of the Code is dedicated to the provision of its Appendix 1, Individual Schedules of Solid Bulk Cargoes, which provides an alphabetical listing of over 300 commodities commonly shipped in bulk. Each commodity is described in detail inclusive of its characteristics (e.g. Angle of Repose, Stowage Factor and whether Group A, B or C). It should be noted that the Group to which a commodity is allocated provides critical safety information as defined within the Code.

A significant problem lies in the fact that not all solid bulk cargoes are currently listed in the IMSBC Code. Additionally, it has been discovered that there are a number of Group C designated cargoes that can exhibit the characteristics of Group A cargoes if their particle size (as provided in the Characteristics Table for each commodity) is observed as being smaller than prescribed and their moisture content is high.

The IMSBC Code has been updated regularly as more has been learned, through both industry research and flag state casualty inquiries, about the properties and potential dangers of solid bulk cargo commodities. This process continues.  As such, MM Members are reminded that the IMSBC Code is still a ‘work in progress’ and cannot by itself provide a totally reliable barrier to the dangers presented by bulk cargoes.

The primary cause of sudden bulk carrier capsizes and crew deaths has been found to be due to Group A cargo liquefaction, a process whereby an apparently solid cargo of minerals,  such as nickel ore or iron ore fines, has liquefied (INTERCARGO Bulk Carrier Casualty Report). Group C designated cargoes of Bauxite have also exhibited similar behavior with similar results.  This silent, sudden and deadly process is described in greater detail in MM Risk Bulletin No. 2, Bulk Cargo Dangers, and No. 12, Death by Bulk Cargo Liquefaction.

Latest Amendments to the IMSBC Code

The latest Amendment to the IMSBC Code is provided by IMO Res. MSC.462(101) as adopted on 13 June 2019. It was agreed that IMO flag state members could choose to apply these amendments from 1 Jan 2020 and that they would come into force on a mandatory basis from 1 Jan 2021.

Res. MSC.462(101) incorporates the Amendments by way of the provision of a consolidated and complete text (i.e. it consists of 520 pages and replaces the entire text of the former edition of the IMSBC Code). In order to highlight the changes, a brief summary of the principal amendments is as follows:

The IMO’s IMSBC Code was designed and is updated on a regular basis as a guide to assist ship owners and ship masters to assess the potential dangers of a large range of bulk cargoes and ensure their safe loading, carriage and delivery. However, as discussed above, it is still a ‘work in progress’ such that a high level of awareness and precaution must always be exercised when carrying a solid bulk cargo of any description.

What is the message here? In brief, an IMSBC Code Group C designation does not mean ‘no worries’; something the master of the BULK JUPITER evidently and fatally misunderstood when loading Bauxite (designated only as a Group C cargo at that time) with an excessive moisture content reported to have averaged 21.3%.

The latest amendments to the IMSBC Code are incorporated in full by IMO Res. MSC.462(101) which provides the consolidated and complete text of the IMSBC Code Ed. 2020. Members who are engaged in the carriage of solid bulk cargoes should ensure that their ship managers and masters are provided with a copy of this document. Further, that the updated guidance it provides is formally implemented by way of its specific incorporation into the ISM Code or NCVS equivalent SMS manuals and procedures on board all bulk carriers within their fleets.

MM members who operate tug and tank barge units or self-propelled oil barges in the CPO bulk liquid trades are often faced with the problem of observed cargo shortages or losses based on a comparison between the load port and discharge port measured quantities. This Risk Bulletin is focussed on the identification of such losses as either ‘physical (real) losses’ or ‘paper (apparent) losses’, their causes and the prevention of associated cargo claims exposure and voyage delays.
READ MORE >>

The term ‘Self-Mooring’ describes a situation where a crew member is required to step (sometimes jump) ashore onto a jetty or to the deck of another vessel to attach a mooring line to a bollard or cleat.... This Risk Bulletin is intended to raise the awareness of Member’s who operate tugs, barges and other small vessels to the significant risks which can arise during ‘Self-Mooring’.
READ MORE >>
All Bulletins