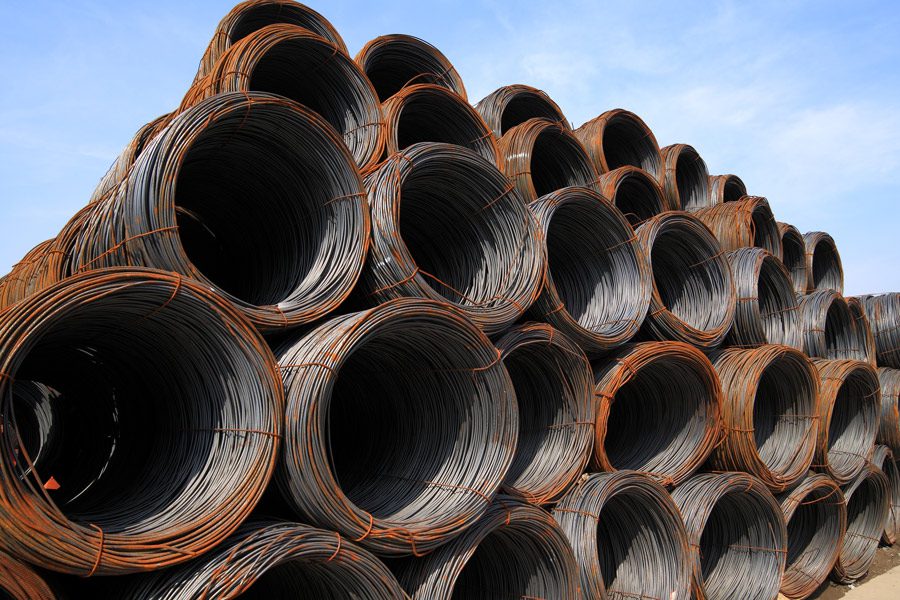 This Risk Bulletin provides a reminder and a guide to shipowner/carriers on the risks related to a wrongful description of cargo in a Bill of Lading (B/L) as being in “Apparent Good Order and Condition” (i.e. ‘Clean on Board’) when in fact – like the steel coils shown in the above photo – it is not. Cargo claims from the consignee will likely follow and the outcome can be very expensive.

In the break bulk and bulk cargo trades it is not uncommon for cargo shippers and/or charterers to request that the master sign ‘Clean’ B/Ls at the load port in circumstances where the cargo appears to be damaged. The shipper/charterer will usually offer a Letter of Indemnity (LOI) to the master and shipowner so as to provide cover against any possible claim from the cargo consignee at the discharge port. This situation is not unusual. However, it can be considered in law to be a fraud on the cargo consignee and his bank. Why? Because the consignee will usually know nothing about the damage. Further, they will often be purchasing the goods based on the ‘as shipped’ B/L description and by use of the Letter of Credit (LOC) process.

Readers may quickly say, “Well, this happens every day, all around the world”. Yes, it does, but this does not make it legal. Nor does it provide any justification or defence to a shipowner, even if the governing Charterparty contains a specific requirement that the master must sign Clean B/Ls against the shipper’s/charterer’s LOI. So what are the impacts of the legal and insurance issues? And what should a shipowner do?

Functions of a Bill of Lading

A Bill of Lading is a critically important shipping document. It is issued by the carrier after the goods are ‘shipped on board’. B/L’s (apart from Seawaybills) are generally considered to have three principal functions as:

Function 3., ‘Document of Title’, allows the goods to be sold by the shipper during the course of the voyage. It also comprises an integral element of the associated sale contract and secured payment terms for the goods are often facilitated by a bank issued LOC. All good so far. Regrettably, this is also where the ‘Clean’ and ‘Dirty’ B/L problem originates from.

Letters of Credit and the necessity for a ‘Clean’ B/L

The LOC process requires that the seller’s/shipper’s bank be provided with an agreed range of documentation before it is entitled to release payment to the shipper. The most important of these document will be an original copy of the relevant B/L which proves the goods have been ‘shipped on board’. The B/L must also be ‘Clean’ in that it must not contain any remarks that indicate the goods are not in the condition they were described as when sold. If any such remarks are made on the front of the B/L, it will then be classified as a ‘Dirty’ B/L. As such, it is virtual certainty that the buyer will reject the goods and, based on this presumption, the seller’s bank will not be permitted to release payment.

Not surprisingly, the aforementioned non-payment scenario is one which a seller/shipper wants to avoid. Thus, in circumstances where the cargo being loaded on board a ship is observed to be damaged (e.g. steel coils noted on the Mate’s Receipts to be ‘rusty and dented’), the shipper will invariably approach the Master to request that he not make any similar remarks on the B/Ls i.e. that he should issue and sign them as ‘Clean on Board’. In exchange, the shipper will offer an Letter of Indemnity (LOI) against any claim for damage or loss made by the cargo consignee at the discharge port.

Are LOI’s reliable and enforceable?

On the face of it, the shipper’s offer of an LOI appears to provide a simple and risk free solution. It does not. The principal reasons for this are the ‘3-U’s’ as follows:

An associated B/L issue is that seller/shippers are often also the charterers of the vessel (e.g. when goods are sold and shipped on CIF terms). Most C/P terms will include a requirement that the Master of the vessel is to “…sign B/Ls as presented” by the shipper/charterer. This requirement will be backed by a C/P indemnity provision that engages if the B/L terms and obligations are more onerous than the C/P term liabilities of the shipowner.

Do C/P indemnity terms obligate the Master to sign any and all B/L’s as presented if they are issued as ‘Clean’ in circumstances where the cargo appears to be damaged? No, they do not as it is established law that a Master is not obligated to sign B/L’s which are manifestly inconsistent with the observed condition of the cargo as loaded. If the Master does so, then the shipowner will be bound and will likely have no defence to subsequent cargo claims (The Nogar Marin [1988] CA 1 LR 412).

What are the shipowner’s options?

There appear to be five options. The first two are both reliable and recommended. The third appears to be both technically and legally feasible but could, if the cargo suffers further damage during the voyage, lead to a counterclaim by charterers. The fourth can provide a solution but is subject to the accuracy of independent cargo surveyor assessments. The fifth is potentially high risk, high cost and legally unenforceable.

The problem of shippers/charterers pressing the Master for the issue and signature of ‘Clean’ B/Ls, despite observed damage to cargo, has existed for decades. It seems likely this practice will continue as long as shipowners do not fully understand the dangers and are then subjected to commercial pressures to effectively falsify B/Ls. This Risk Bulletin is intended to help curtail and control such situations.

MM members are asked to ensure that their Operations Departments and their Masters are made fully aware of the serious risks and exposures to liability that the B/L signature and LOI scenarios described above can generate. If Members are faced with such legally complex and commercially problematic situations, they should notify the Club immediately. MM will then be pleased to provide urgent assistance inclusive of requisite legal advice (this may vary dependent upon applicable jurisdiction and law), surveyor attendance and expert opinion on cargo condition.

Deck barges are the work horses of marine transport. They are in common use all around the world for the carriage of bulk cargo, general cargo and containers in both international and domestic trades.... This RB is designed to raise awareness of deck barge stability regulation and the need to ensure compliance through ready access to approved stability data and securing procedures.
READ MORE >>

Tug and barge units provide a relatively simple and low-cost method of transporting dry bulk, liquid and container cargoes, typically over domestic trade routes. However, these benefits need to be considered against a number of associated stability and safety risks. This Risk Bulletin is intended to raise awareness of tug stability regulations and hazards and recommend practical loss prevention measures.
READ MORE >>

Ship capsize incidents are often due to inadequate ship stability caused by a sudden and unplanned rise in the ship’s Centre of Gravity (CoG). Tragic consequences include injury, death, pollution and total loss of ship and cargo. All ships are exposed to this potential danger but some ship types and trades are much more exposed than others.
READ MORE >>

In today’s highly regulated shipping environment, members sometimes voice their concerns about the amount of time and effort spent on facilitating shipboard inspections by flag state, class, port state control, charterers and their insurers . Why are all of these separate and apparently similar surveys necessary?
READ MORE >>