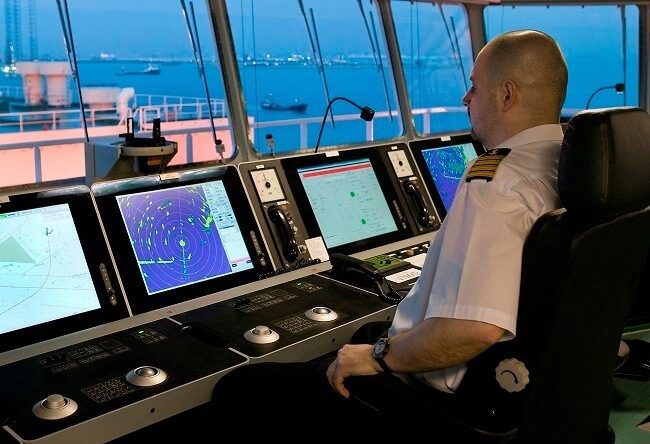 Automatic Identification System (AIS) transponders were originally designed as anti-collision devices which transmit and exchange a ship’s name, position, course, speed and other situational data with other ships and shore stations in the area. Now transformed by technology advances, AIS ship identity and position data may be accessed on the internet by any member of the public for both legitimate and illegitimate purposes. As a counter measure, IMO Res. A.1106(29) entitles the Master of a vessel to switch off the AIS thereby ‘cloaking’ his ship’s position and movements.  However, if a Master elects to do so, there may be serious repercussions in terms of breach of flag state regulation and insurance warranties. This Risk Bulletin will examine and discuss these issues.

SOLAS also requires all ships fitted with AIS to keep it in operation while underway or at anchor, except where international agreements or other rules provide for the protection of navigational information. Warships, for example, are not required to transmit AIS signals. With respect to all other vessels, IMO Res. A.1106(29) provides that:

“If the master believes that the continual operation of AIS might [1] compromise the safety or security of his/her ship or [2] where security incidents are imminent, the AIS may be switched off.”

An often cited example of the entitlement to ‘switch off’ is when transiting waters prone to piracy or terrorist attacks in order to conceal the vessel’s identity, position and course from hostile parties equipped with AIS. This could include waters defined by the Joint War Risk Committee (JWRC) as a ‘Listed Area’ for war insurance purposes or by the United Kingdom Maritime Trade Operations unit (UKMTO) as a ‘High Risk Area’ (HRA). It is therefore important for Master’s to note that the UKMTO’s advice is that their ship’s AIS should remain on throughout to allow tracking by military defenders but that transmission data should be restricted by not posting the departure or destination port.

The other important provisions of IMO Res. A.1106(29) are that if the AIS is in fact switched off, then this must be recorded in the deck log along with the reason for doing so. It is also a requirement that the AIS unit must be restarted just as soon as the source of danger has past.

There are a significant number of countries in the world that are subject to trade and financial sanctions imposed by the United Nations, the European Union and the United States. These sanction regimes are complex in relation to their goals, thresholds for violations and consequences of a breach. MM members can obtain useful guidance from the US Dept. of the Treasury, Office of Foreign Assets Control (OFAC) , the EU Open Data Portal and the United Nations Security Council Consolidated List of Sanctions.

The connection between sanctions and AIS is that it is known there are shipowners who have participated what are considered to be illicit ‘sanction busting’ activities. This may include trading into or out of ports that are located in countries that are listed by one of the aforementioned organisations. In an effort to ‘cloak’ this activity, Masters will switch off their ship’s AIS unit well before entering a sanctioned port and will not switch it back on until they are out and well clear. If they do so, then this behaviour is detectable. It will then likely be construed as a deliberate action by the crew to conceal the ship’s voyage pattern and navigational activities.

The scenario described could result in commercially serious consequences. As an illustration, OFAC released an advisory in March 2019 which identified the disabling of AIS transponders as a ‘deceptive shipping practice’. OFAC then went on to state that:

“Ship registries, insurers, charterers, vessel owners, or port operators should consider investigating vessels that appear to have turned off their AIS… Any other signs of manipulating AIS transponders should be considered red flags for potential illicit activity and should be investigated fully prior to continuing to provide services to, processing transactions involving, or engaging in other activities with such vessel”.

It can be seen that the ‘cloaking’ of an AIS unit can allow a ‘red flag’ inference by OFAC and other authorities that a vessel is engaged in ‘sanction busting’ or other illegal activities. It is therefore important that all Masters be made fully aware of these issues and the very limited circumstances, as prescribed by IMO Res. A.1106(29), in which they are permitted to switch off their ship’s AIS unit while underway or at anchor.

MM members are invited to share this Risk Bulletin with their ship managers and all Masters within their fleets. MM also suggests that it be shared with the members’ chartering and operations departments; the goal being to encourage careful vetting of all charter party fixtures to ensure that they are formally declared and confirmed as being sanction free before finalisation.

MM does not wish to find itself in an unfortunate situation where it would be required to decline or exclude cover to a member in relation to an AIS ‘cloaking’ incident. If members or their insurance brokers may require any further advice regarding the issues raised in this Risk Bulletin, they are invited to contact MM directly to obtain further information.