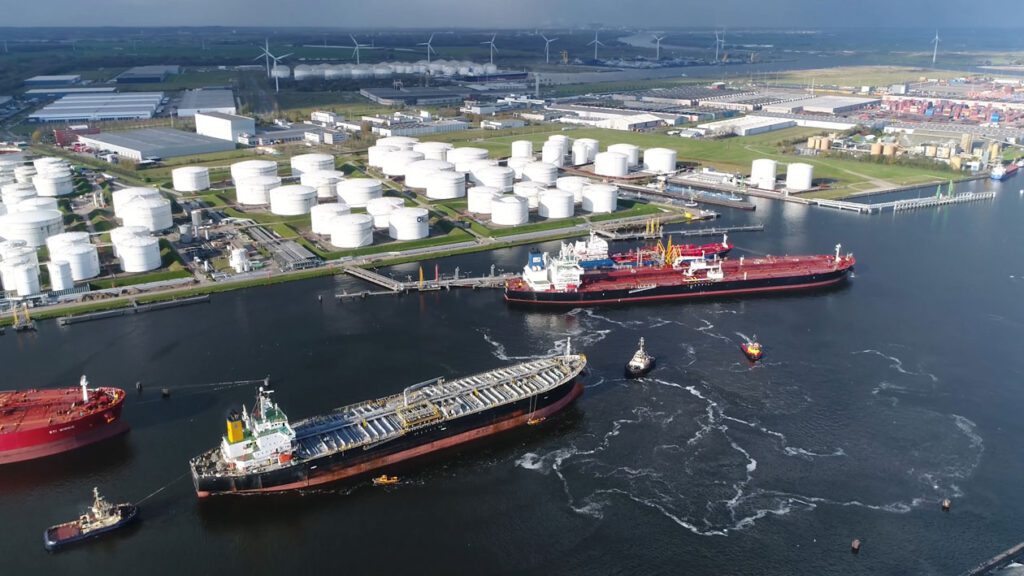 NOTE:  The BLC Measurement and Sampling Processes are normally accomplished together. This RB should therefore be considered and applied together with RB 64 BLC Contamination and the ‘Million Dollar Sample’.

The primary contractual obligation of all tanker owners and crew is to ensure that the cargo loaded is delivered to the named discharge port in the same quantity and condition as received on board. If it is not, then – subject to the CP and/or BL contract terms – a short delivery claim will likely be brought by cargo interests against the tanker owner.

A BLC shortage claim can arise due to either ‘physical’ (actual) or ‘paper’ (apparent) losses, or both:

The intrinsic causes of BLC shortage loss and the difficulty of eliminating them have led to the petroleum industry’s creation and general acceptance of the ‘Customary Trade Allowance’ (CTA) of 0.5% of the shipper’s BL declared cargo quantity. The intended result being that any BLC shortage (due to ‘physical’ and/or ‘paper’ losses) of 0.5% or less will normally be considered as being within cargo delivery tolerance and no claim will arise.

NOTE: The CTA may be implied into CP and BL terms by many courts and arbitration panels. However, the CTA 0.5% defence is neither certain nor legally binding unless the CTA is contractually pre-agreed by the parties involved (at either 0.5% or another amount considered realistic) and is clearly stated as being applicable to both the CP and BL terms. Members should always ensure specific CTA agreement.

Industry BLC marine measurement standards have been developed jointly by the American Petroleum Institute (API) in the USA and the Energy Institute in London. They are published as API MPMS Chapter 17 which provides 14 very detailed standards (from Chapter 17.1 through to Chapter 17.14) for BLC crude oil, petroleum, gas and chemical cargo measurement and sampling.

The starting point is Chapter 17.1 Guidelines for Marine Inspection which contains a helpful overview of all 14 of the Chapter 17 Standards. Chapter 17.1 consists of 21 pages of text and 24 pages of sample forms, inclusive of EXCEL spreadsheets to assist data checking and quantity reconciliation. It is available at a cost of USD 150.00 from API at the link provided, as well as from technical booksellers, in either PDF or hardcopy versions.

The other Chapters, for example, Chapter 17.2 Measurement of Cargoes on Board Tank Vessels, Chapter 17.4 Method for Quantification of Small Volumes on Marine Vessels (OBQ/ROB), Chapter 17.8 Guidelines for Pre-loading Inspection of Marine Vessel Cargo Tanks, etc. are available as separate API publications.  They should be obtained as may be relevant to a particular tanker’s design and trade.

MM recommends that a copy of the API Chapter 17.1 Guidelines and all other relevant API MPMS Chapter 17 Chapters should be purchased by tanker Members and made readily accessible to their tanker managers, DPAs, masters and crews. The Chapter 17.1 Guidelines and all other relevant Chapters should also be incorporated by specific reference into all tanker ISM Code or NCVS SMS manuals and procedures.

The measurement of BLC petroleum and chemicals on board tankers and in shore tanks is usually accomplished by measuring the distance (ullage) from the top of an ullage standpipe or ullage hatch of known height down to the surface level of the BLC. This distance is known as the ‘ullage’.

The ullage measurement is used to enter a set of pre-calculated tank volume quantity tables supplied by the shipbuilder or shore tank constructor. These tables provide the Total Observed Volume (TOV) in cubic metres of the BLC – inclusive of cargo, free water (FW), entrained sediment and water (S&W) and bottom sediment – in each cargo tank at the BLC’s observed temperature as measured by a thermometer.

The TOV, less the measured FW and bottom sediment, provides the Gross Observed Volume (GOV) at the observed temperature. The GOV is then converted to Gross Standard Volume (GSV). This is done by using the ASTM Standard Guide for Petroleum Measurement, Table 53A or 53B, to obtain the Volume Correction Factor (VCF). The GOV is then multiplied by the VCF to obtain the GSV.

NOTE: The ASTM Measurement Tables are available in either PDF or hard copy at a cost of USD 60.00.

Who should conduct BLC Ullage Measurement/Gauging?

As advised in RB No. 64, Members should always appoint their own qualified and experienced surveyor to attend to protect their interests at all BLC loading and discharging events. The following attendance guideline, inclusive of vessel crew participation, should be followed:

How should BLC Measurement/Tank Gauging be conducted?

The BLC tank shipboard processes are, as noted above, detailed in the API Guidelines, Chapter 17.  They are outlined as below:

The complete elimination of BLC shortage claims is practically unattainable due to both technical issues and jurisdictional uncertainties relating to contract terms enforcement. This Risk Bulletin has focused on the technical aspects of the BLC measurement process which can greatly assist in the minimisation of shortage claims. The equally important contractual and legal aspects of BLC shortage loss prevention, some of which have been mentioned above, will be detailed further in an upcoming Risk Bulletin.

With respect to the BLC measurement process, there are numerous physical and human element factors that make it very difficult to accomplish with absolute accuracy. This problem has been recognised by the creation and industry acceptance of the 0.5% CTA. As such, the goal must always be for Members to ensure that no observed BLC shortage (whether ‘physical’ and/or ‘apparent’) exceeds the specifically agreed CTA in the CP and BL terms.

Attaining the required ‘claim minimisation’ goal requires meticulous attention by tanker owner Members and their crews to the BLC measurement process as detailed by the API MPMS Chapter 17, Guidelines for Marine Inspection. The application of these industry best practice standards will improve accuracy and will support the validity of all the measurement evidence obtained for both operational purposes and shortage claim defence requirements.  Members are encouraged to share this Risk Bulletin with their tanker fleet managers (both technical and commercial), DPAs, masters and crews. Members should then ensure full ISM Code or NCVS SMS procedures-based implementation of the API Chapter 17 Guidelines, supported by subsequent SMS auditing to confirm full and effective implementation.

Claims for the alleged short delivery of dry bulk cargoes are unfortunately common.  The cargo receiver’s allegation – often accompanied by a threat of ship arrest – is usually that the cargo weight discharged was less than the declared Bill of Lading (BL) cargo weight, as signed by the master. This Risk Bulletin highlights both the legal defences available to Member’s and the technical defences provided by draft surveys to defeat or minimise unjustifiable shortage claims.
READ MORE >>

The descriptive term ‘Perishable Cargoes’ can be applied to a wide range of cargoes, including both foodstuffs and even certain manufactured goods... This Risk Bulletin is focused on explaining the term ‘Perishable Cargoes, the pre-shipment survey and cargo care obligations and the potential negation of P&I cargo liability cover if these obligations are not fully complied with.
READ MORE >>
All Bulletins