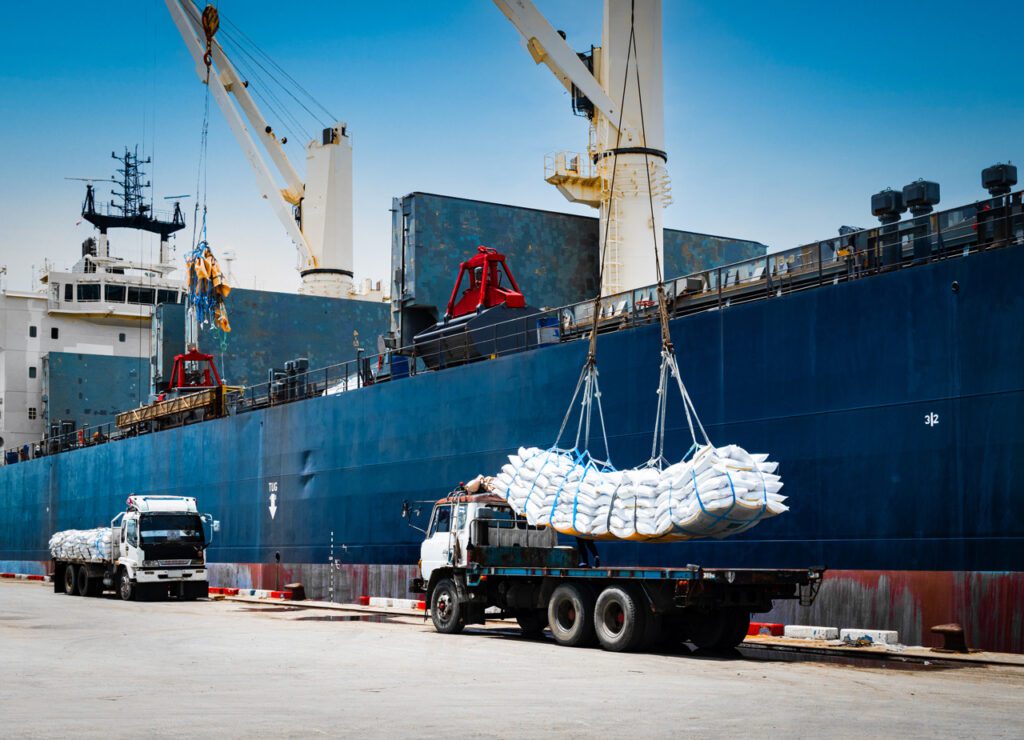 The descriptive term ‘Perishable Cargoes’ can be applied to a wide range of cargoes, including both foodstuffs and even certain manufactured goods. It is essential that Members understand the full meaning of this term as the MM Rules of Entry require that any such cargo and the cargo holds in which it is to be stowed are certified by an MM approved surveyor as being fit for the intended voyage. This Risk Bulletin is focused on explaining the term ‘Perishable Cargoes, the pre-shipment survey and cargo care obligations and the potential negation of P&I cargo liability cover if these obligations are not fully complied with.

Members are first referred to the reference to ‘Perishable Cargoes’ as contained in the following extract from the MM Club Rule Book (2022 Ed.), under Class I P&I, Rule 19 Loss of or damage to cargo, xiv) Perishable Cargoes (pg. 57).

The Club’s survey and cargo care requirements are intended to protect the interests of its Members by optimising full compliance with the legal cargo care obligations imposed on the shipowner/carrier by the Hague Visby Rules and the associated Bill of Lading, inclusive of current best industry practice.

What are ‘Perishable Cargoes’?

An Internet review of both technical and legal definition sources reveals that the term ‘Perishable Cargoes’ or, interchangeably, ‘Perishable Goods’, can be misunderstood if viewed from the perspective of only some parts of the food cargo supply chain. For example, chilled and frozen foodstuffs are frequently shipped by air, road and sea. They, therefore, have a high ‘Perishable Cargo’ recognition profile.

Looking further, it becomes apparent that the term and its impact are wider than initially suggested. As an example, the World Trade Organisation’s Trade Facilitation Agreement (WTO TFA) provides the definition below:

The WTO’s definition is useful but could be misconstrued as being restrictive in that it does not specifically extend to agricultural food products which are perishable over time and without proper care, but which are not as rapidly perishable as goods requiring refrigeration such as vegetables, fruit and fish. Examples of such perishable food commodities include bagged or bulk rice, soya beans, grains (including but not limited to wheat, barley, oats, etc.) and sugar, all of which will perish if not properly loaded, stowed, cared for and discharged.

The fact that non-refrigerated goods can also be correctly described as ‘Perishable Goods’ is supported by other definitions which can be found in legal dictionaries. Examples include the following extracted texts.

“PERISHABLE GOODS, goods which are lessened in value and become worse by being kept.”

“Perishable Goods means such of the Goods as shall be in fact or law liable to deteriorate in quality and/or value and shall include, but not be limited to, fruits, vegetables, dairy products, meat, etc.”

NOTE: To avoid any misunderstanding, MM wishes to make it clear to its Members that with respect to the definition of the words ‘Perishable Cargoes’, as used within the MM Club Rule Book, that these words include all the non-refrigerated but still perishable food commodity cargoes referred to above.

Perishable Cargoes and Pre-shipment Survey: what is required?

As previously noted, the Club Rules require that a Club approved surveyor conduct a pre-load survey of  any cargo designated as a ‘Perishable Cargo’ and the vessel itself. The surveyor will, as necessary, also provide recommendations relating to the care of the cargo during its carriage on board.

In order to explain the Club’s ‘Perishable Cargo’ survey requirements, a step-by- step outline of this process is provided as below:

The intention of this Risk Bulletin has been to clarify the meaning of the term ‘Perishable Goods’ within the context of the MM Club Rules Book requirement that the carriage of any such goods on board a Member’s vessel necessitates a pre-shipment survey of both the cargo and the vessel to confirm their suitability for the intended voyage.

MM’s advice to Members is that the term ‘Perishable Cargoes’ extends well beyond refrigerated foodstuffs to include all agricultural or other products which may perish and/or deteriorate over a period of time. With reference to MM cover under Class I P&I, Rule 19 Loss of or damage to cargo, xiv) Perishable Cargoes, this term includes bagged or bulk rice, soya beans, grains (including but not limited to wheat, barley, oats, etc.) and sugar, all of which will perish if not properly loaded, stowed, cared for and discharged.

Members should take special care to ensure that their ‘Perishable Cargo’ survey obligations are always fully complied with to minimise their risk exposure and avoid any potential negation of P&I cargo liability cover. Members who are in any doubt as to whether a scheduled cargo may be a ‘Perishable Cargo’ for MM P&I cover purposes should contact MM immediately for further advice.

Finally, and with reference to ‘Perishable Cargo’ security during loading and discharging, Members are referred to MM Risk Bulletin No. 49, Bagged Food Cargoes and Prevention of Stevedore Damage and Pilferage.

Claims for the alleged short delivery of dry bulk cargoes are unfortunately common.  The cargo receiver’s allegation – often accompanied by a threat of ship arrest – is usually that the cargo weight discharged was less than the declared Bill of Lading (BL) cargo weight, as signed by the master. This Risk Bulletin highlights both the legal defences available to Member’s and the technical defences provided by draft surveys to defeat or minimise unjustifiable shortage claims.
READ MORE >>

Master and Crew Fatigue: fighting and defeating a silent enemy

Fatigue caused by sleep deprivation and/or long hours of arduous work creates a serious hazard in many industries.... This Risk Bulletin is intended to raise awareness of the fatigue hazard challenge confronting masters and crew and provide recommendations to avoid tragedy and loss.
READ MORE >>
All Bulletins