‘Due Diligence’ and Cargo Damage due to Hold Piping Failures 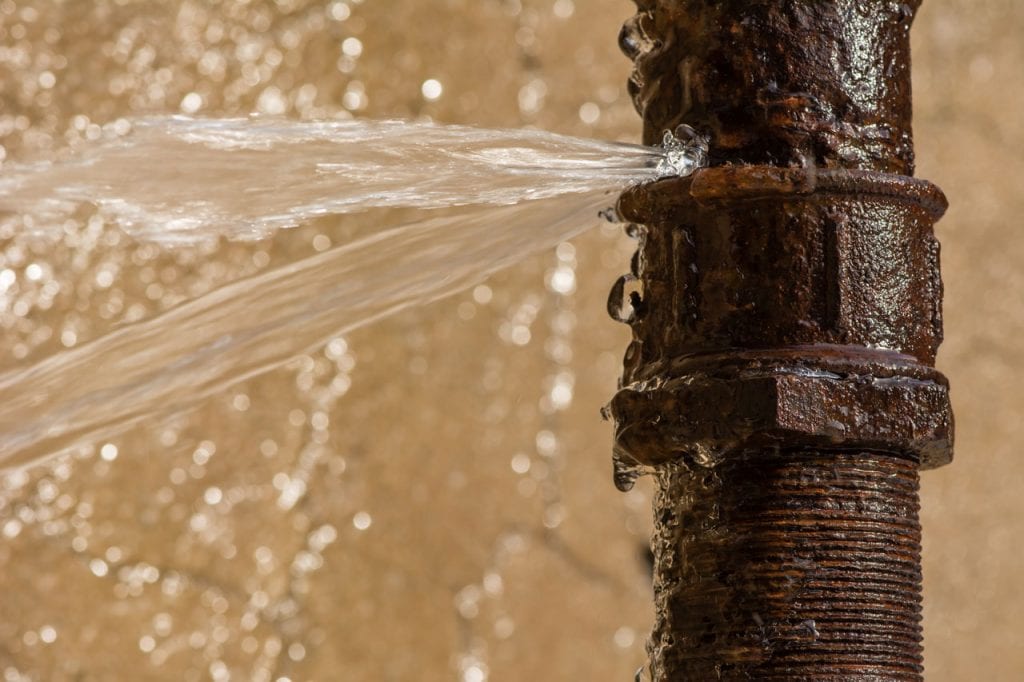 A frequent cause of cargo damage and large claims is the leakage of water from the internal piping installed inside cargo holds. These pipes include vertical sounding pipes that run from the maindeck down into the cargo hold bilge wells. Similar sounding pipes run down to the double bottom ballast tanks fitted underneath the floors/tanktops of the cargo holds. Other, much larger diameter pipes, serve as air vent conduits to the DB tanks. All of these pipes are constructed of mild steel and they are therefore all exposed to corrosion (both externally and internally) as well as stevedore mechanical damage.

This Risk Bulletin aims to raise awareness of cargo hold piping corrosion and mechanical damage and the associated loss prevention requirement for regular and comprehensive pre-load inspection and maintenance.

Damage to cargo caused by sea water ingress is one of the most frequent and costly causes of cargo claims. MM’s Risk Bulletin No. 5, ‘Ships Hatch Covers: Keeping Cargoes Dry’, covered the essential elements of hatch cover pre-load weathertightness inspections. The goal of such hatch inspections is to meet and ensure the shipowner’s due diligence obligations of both seaworthiness and cargoworthiness as obligated by the incorporation of the Hague Visby (HV) Rules into Bill of Lading carriage of goods by sea contract terms.

This Risk Bulletin No 24 complements Risk Bulletin No 5 by describing another important aspect of the HV Rules due diligence obligation which is to ensure the good order and integrity of the cargo hold piping referred to above.

The shipowner’s contractual and legal obligations to the shipper and the receiver in regard to the care and delivery of the cargo are normally contained in terms of the Bill of Lading. These terms will commonly include the incorporation of the HV Rules, an international carriage by sea convention, which stipulates the mandatory rights and obligations of the parties. Further, the Rules of all P&I Clubs, including MM, require that members ensure that all cargo is carried on terms that contains exemptions from liability no less favourable to the carrier than the provisions of the HV Rules (Class I Rule 4.19 i.)

In brief, the HV Rules provide that before the cargo voyage commences, the carrier is obligated to exercise due diligence to make the vessel both seaworthy and cargoworthy. This includes the inspection and maintenance of cargo hold internal piping. If this is not done and cargo damage occurs, the shipowner’s entitlement to exempt liability under the carrier defence provisions of the HV Rules (e.g. perils of the seas, negligent navigation, etc.) may be severely limited or even denied.

In summary, it is essential that the shipowner, ship manager, master and crew not only ensure that the vessel is both seaworthy and cargoworthy but that they can provide documentary evidence to prove this.

It is well known and accepted that ships’ hulls, decks and DB tanks corrode. If the observed plating corrosion exceeds the Class designated diminution tolerance, then the steel ‘crop and replace’ solution is quite simple and straightforward.

What is not simple or straightforward is the inspection and assessment of the very long lengths of steel services piping which exist onboard almost every commercial ship. External pipe inspection can be difficult due to restricted access and is very time consuming. Internal pipe inspection is not feasible unless test sections are removed for inspection or ultrasonic testing is accomplished by specialist contractors. As such, there is no simple and easy solution to the pipe corrosion problem.

The hidden danger within shipboard service piping lies in the potentially corroded condition of its internal surfaces.  This danger is often forgotten or even ignored until a pipe bursts while in use. This is of course too late and if the burst service pipe is situated inside a cargo hold, then a related ingress of water into the hold can cause serious damage to cargo and generate very large claims.

Mechanical damage to hold piping and its support brackets is often due to stevedore damage suffered during loading and discharging. It is therefore essential that the master and crew carefully note all such damage, notify the stevedore foreman in writing and ensure that it all such damage is repaired to stevedore’s account prior to completion of cargo operations.

As confirmed by the IMO, the ISM Code maintenance requirement extends beyond ship and crew safety to the preservation of property as well, inclusive of both ship and cargo. Further, the planned maintenance scheme requires procedures for all aspects of shipboard maintenance together with evidence of their satisfactory implementation. It therefore follows that an ISM Code compliant vessel is required to have procedures which are specific to the regular inspection and maintenance of the cargo holds, inclusive of their cargo hatches, internal fittings, piping, bilge suctions systems, ventilation and structure.

As noted above, cargo hold piping is only one element of the ISM Code Planned Maintenance inspection and maintenance regime related to the safety of cargo holds and cargo. Additionally, piping integrity forms a critical element of the HV Rules due diligence test. It must therefore not be forgotten and left until a pipe bursts and causes cargo damage or even the loss of the vessel.

Corrosion to cargo hold piping (both externally and internally) and mechanical damage can all provide openings for the ingress of large volumes of sea water into the cargo holds. Such incidents may not endanger the vessel and her crew but they are invariably expensive and time consuming to control, clean-up and then settle on best terms. Commercial relationships may also be seriously harmed.

In terms of cargo hold piping inspection scope and frequency, MM’s recommendation is that this process should be conducted as one segment of a regular or pre-load cargo hold seaworthiness and cargoworthiness inspection. This important process should also include inspection of hatch covers, hold structure, cleanliness, ventilation and bilge well suction systems.

MM Members are respectfully reminded that the solution to the cargo hold piping problem and overall seaworthiness and cargoworthiness due diligence obligation is one which can only be accomplished through the on-going vigilance of their ship managers, masters and crew. The starting point is a clear guideline by way of the provision of specific ISM Code or NCVS/NCSR Planned Maintenance procedures. Implementation must then be ensured through master and crew engagement and regular audit. The result will be fewer cargo claims and improved customer satisfaction and profitability.

Vegetable/Palm Oil is usually transported in the international trades on board chemical tankers with stainless steel or coated tanks in segmented parcels. In the domestic and short sea trades it is often carried in smaller and less sophisticated tankers with mild steel and uncoated tanks. The risk of next cargo contamination due to inadequate previous cargo tank cleaning exists in both trades, along with the risk of regulatory non-compliance due to improper tank washings disposal to the sea.
READ MORE >>
All Bulletins